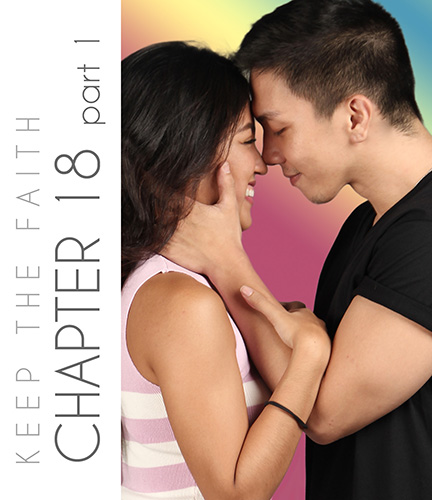 I guess I was surprised to know this already, since the actual breakup was six months ago, but the pain I felt now that James was officially with someone else had nothing on that evening. The ache lingered, and not even the torrent of tears washed it away after I got home and found my family waiting for me with mugs of Mommy’s famous hot chocolate.

For Season Three of the #RomanceClass podcast, we’re bringing you the full, unabridged audio narration of Keep the Faith by Ana Tejano , one chapter a week. The narrator for Chapter 18 is Jade Albert.