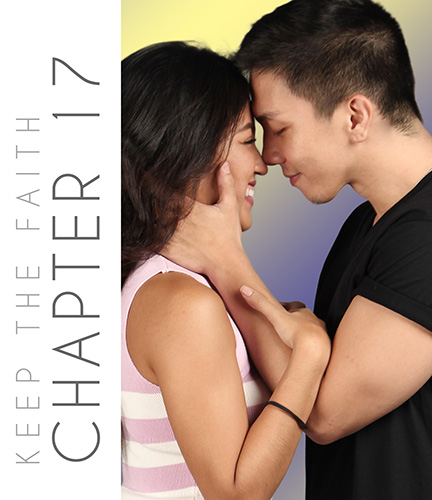 I never had any problems sleeping even after the breakup — April often envied that about me. It didn’t matter where I was sleeping; as soon as my brain decided it was bedtime, I would just close my eyes and I’d be asleep in minutes.

But that night after Nico left, no matter how much I wanted to sleep, I couldn’t.

For Season Three of the #RomanceClass podcast, we’re bringing you the full, unabridged audio narration of Keep the Faith by Ana Tejano , one chapter a week. The narrator for Chapter 17 is Jade Albert.