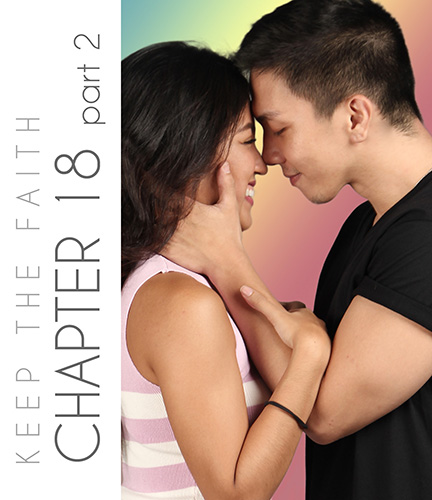 James didn’t seem surprised by the question, but he also didn’t hurry to answer. It gave me a chance to observe him, and I realized that I was no longer afraid to hear his answer. Instead of the anxiety that I used to feel at the thought of asking him that, I just felt resigned. Like I would be okay even if he didn’t answer the question.