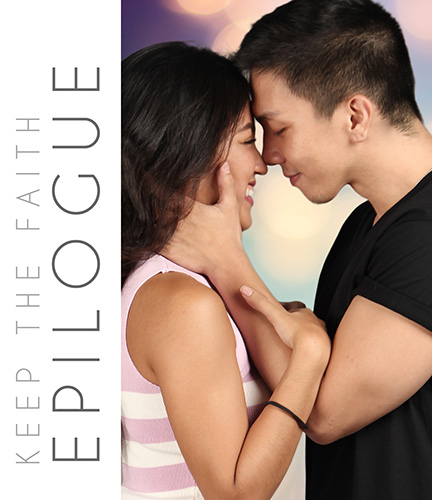 The cathedral was silent, at least in the way that all churches were pretty much hushed the moment you stepped in. I was delighted to see that my favorite row on the candle rack still had enough room for my own. I started lighting my candles.

Season Three of the #RomanceClass podcast is the full, unabridged audio narration of Keep the Faith by Ana Tejano , one chapter a week. The book is narrated by Jade Albert.