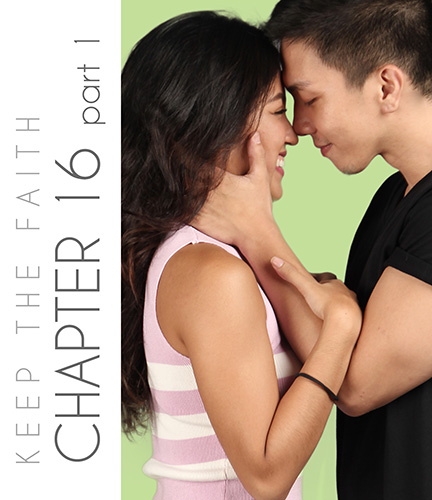 James stood beside my chair, holding out a fresh bottle to me. I was surprised, but also pleased — he was the last person I expected to talk to me, but he was the only one I really wanted to talk to all evening.

“Wait, are you even allowed to drink this?”

For Season Three of the #RomanceClass podcast, we’re bringing you the full, unabridged audio narration of Keep the Faith by Ana Tejano , one chapter a week. This is the first part of Chapter 16. Part 2 is going live next week.

The narrator for Chapter 16 is Jade Albert.